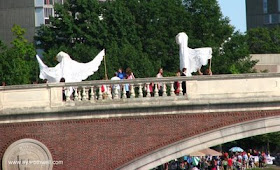 Saturday was the Cambridge River Festival! 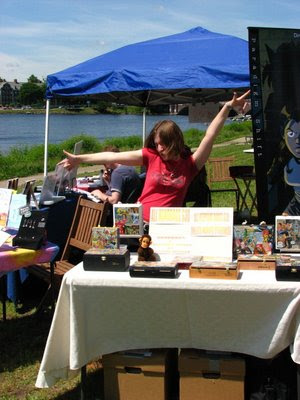 (Above: Lindsay striking a pose)
I was there, selling comics and jewelry. And eating kettle popcorn, Samosas and Jamaican food. 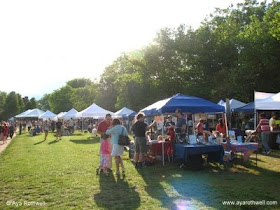 As the photo above correctly suggests, it was a gorgeous, sunny day. We had a lot of fun!

This may have been one of the nicest events I've sold comics at. For one thing, it was outdoors, with live music, dancing and food stands happening nearby. Also, we were the only ones selling comic books. 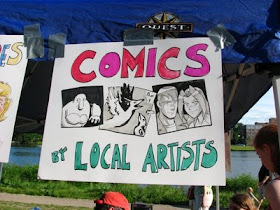 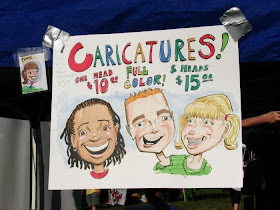 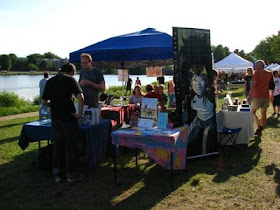 A lot of people wandered up to the booth, not entirely sure what we were. At least one person remarked, "Well, this is an interesting change from all the jewelry booths." It was fun to watch people pick up books and read them, and I had a great time meeting interesting people.

One girl bought my pop culture minicomic mostly because of "this gag about Ed Elric and a cheesegrater. My friend will like it."

I met Ben, who had picked up a copy of "Mark" at Atomic Bean and emailed me about it. A few other people recognized the comic from being displayed at the Cafe.

One gentleman recommended a German movie for me, seeing my "Angel" comic.

I forgot to ask someone how her scavenger hunt went.

One person picked up "Kattan" and said he had heard about this story involving dentists, while on the streets of Harvard. I'm a bit surprised, since there are about 15 copies in print, and I imagine most of those are somewhere out of state. In fact, I only had two copies for sale at the festival. Perhaps I misheard him.

Or perhaps, by some strange chance, he walked by the dentist who had bought the only other copy of the book (earlier in the day). 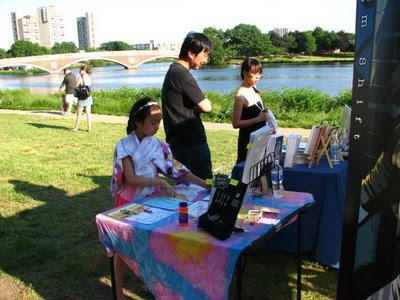 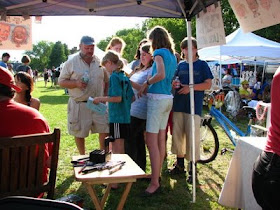 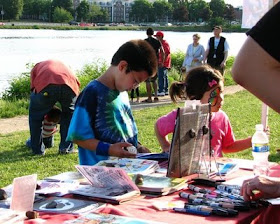 (I'm repeating this photo just to emphasize how nice the weather was.)
And finally, the festival ended and the day drew to a close. 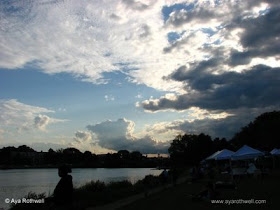